Building a Messaging App in Flutter — Part I: Project Structure 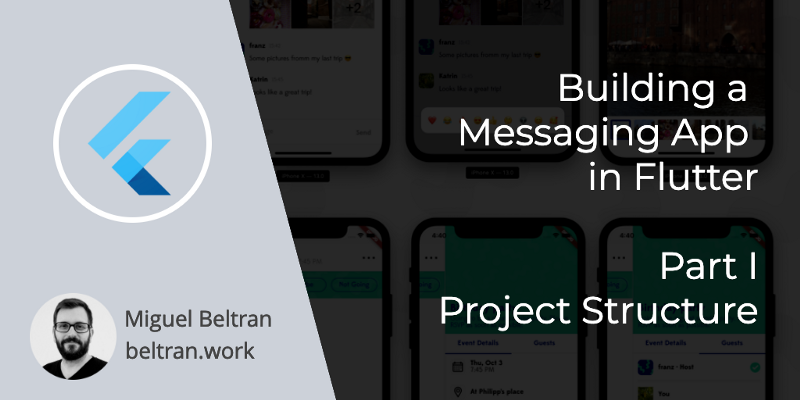 This is the beginning of a series of articles describing the work we did for Timy Messenger, a messaging app for groups to communicate and organize themselves. Build with flutter.

In this article I will explain the project structure both for the Flutter app and for the Firebase Cloud Functions. 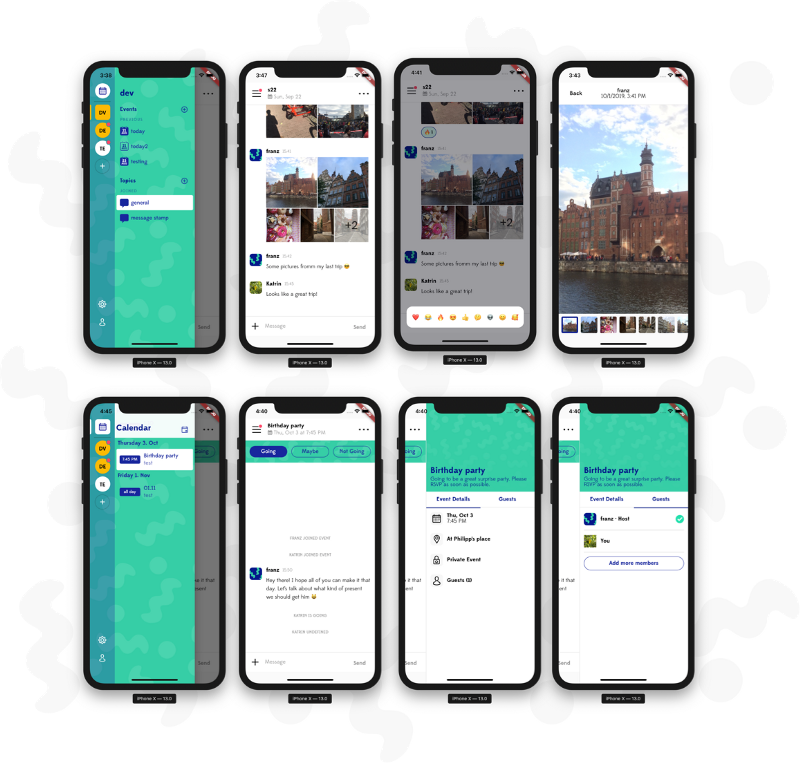 This app is open source, and in this articles I will be explaining some of the insides and coding we did.

As listed in the project README.md, these are the main features of the app:

The app follows the normal Flutter app structure. The Android and iOS code are located in their respective folders, and the Flutter code is located in the lib folder.

However, we also have a firebase folder. This one contains some of the Firebase configuration files and most importantly the Firebase Cloud Functions in JavaScript.

The project uses Firestore as database and “backend” and Firebase Storage to store all user’s pictures. It also uses Firebase Cloud Messaging push notifications, triggered by changes in the database (e.g. when a user joins a channel).

Another important Firebase library used is Authentication. We used it to perform email based login. However the app doesn’t have registration process and we registered users manually.

We also implemented a custom logging mechanism that reports to Crashlytics for production builds.

The app architecture is feature based and uses Redux for state management.

The final package structure is as follows:

Example of Redux logic for the Calendar feature

The application uses PNGs for all assets and are all contained inside assets/graphics These assets have been exported from Sketch using the 3x setting.

The app uses Edmondsans and Poppins for fonts and they are located inside the fonts folder.

The project contains tests for all the application logic:

Under the firebase folder you will find all the Firebase Cloud Functions and access rules from the app.

The code is split in three parts: functions, scripts and the root folder files.

In functions you find all the Firebase Cloud Functions, which are separated in files for each individual function.

For example, the function that performs an action when a user joins a channel is located in channel-new-user.js

All functions are exported in the index.js as well as two Cron jobs.

The Cron jobs, located in the cron folder, are used to notify users about upcoming events that they have RSVP’d.

In scripts you can find a couple of scripts that automate the database creation process. The group-create.js contains a function that can create a Group and add all existing users to them, this is the script we use to create a testing database each time.

In the root folder you will find firestore.rules, which specifies some of the access rules to Firestore. Note that those rules are not complete and so it contains unresolved security issues.

The project is presented as it is and not the owners or the maintainers can warranty its functionality.

Currently two important features are missing: The ability to register as User and the ability to create Groups.

To register new users, you will have to do it through the Authentication console in Firebase, and add your users there.

Also, add a new User entry in the /users/ collection in Firestore.

To create a group, you will have to manually create the data structure in Firebase. You can use the group-create.js script to automate that process.

Users need to be added to Groups manually too, and that process can be found in the mentioned script.

I hope you enjoyed this first look at the project structure and helps you as inspiration for your next project.

In the second part, I explain the CirclesApp top level Widget which contains the Redux Store configuration, Routes, localization delegates and Theme.