Keep sanity with your versionCode 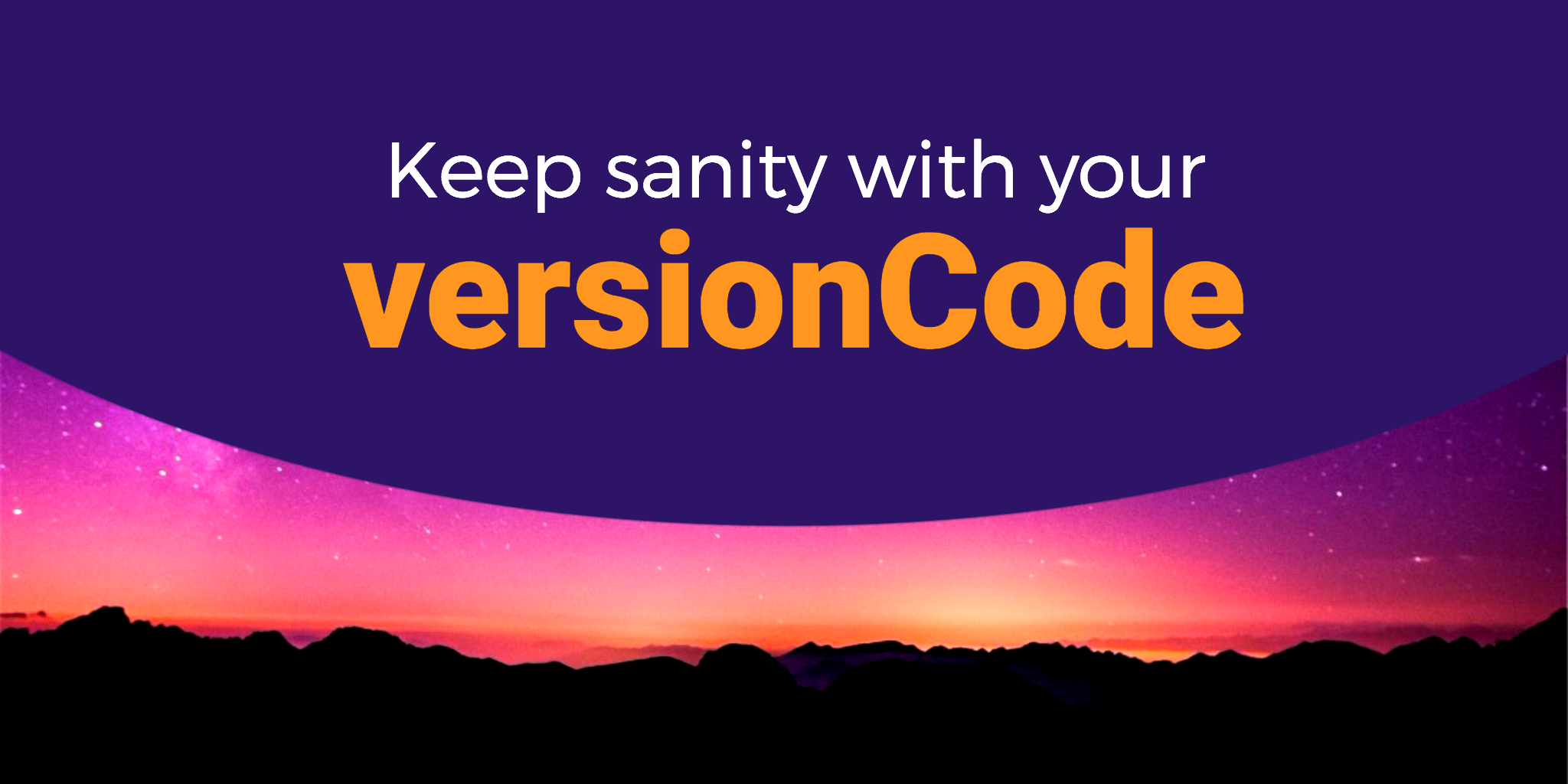 Releasing Android apps is not a joke: Increase your version number, create a release build, sign the build, upload the APK, write nice release notes (in all supported languages!), roll to alpha, roll to beta, roll a 5% to Production, a 10%… until finally all your users get the update.

Thankfully we have learned to automate most of that. Your CI will take care of building and signing the release and upload it to the Play Store. But there are things you shouldn’t let your CI do: one of them is setting your versionCode. Let me show you why.

That’s a small mistake that can carry large consequences, since your versionCode and your versionName will be unrelated.

Dan Lew wrote recently an article where his team had a similar problem, check it out! http://blog.danlew.net/2018/03/15/how-to-screw-over-your-beta-users-without-really-trying/

For keeping my sanity, I use the following formula:

First I define a Major, Minor and Build numbers in my build.gradle file:

And then I calculate the versionCode using this formula:

With the example above the version codes would have been:

Another trick: I use even numbers for release builds and odd numbers for development builds, so I can differentiate when QA reports an issue or a crash report comes.

I got this idea from the version numbering for the Linux kernel.

To finish here’s a rule of thumb: Never repeat a version number! If a release goes wrong (thank you ProGuard) always increase the build number when preparing a new release.